You’re planning an event and you want it to be an unwavering success. It needs to be fun, unique, and stand out from the rest. Sure, music and food are great, but you want it to be bigger than that. You want something epic.

David Ranalli does just that. Whether its an event in Chicago, New York, Los Angeles, Orlando, and beyond, you can have entertainment tailored made for your event.

For years, magician and illusionist David Ranalli has brought engaging, interactive entertainment to the masses with his unique corporate ideas that satisfy event planners of all shapes and sizes.

During cocktail hours and networking events, this master magician helps break the ice as he works the room with laughter and ease. Attendees can personally interact with him as he entertains with hands-on magic and readings, priming the audience before he really blows them away with his big show.

That big show is the Psychological Illusion Show, and it brings laughter and entertainment unlike any other. This is because Ranalli makes your attendees the center of attention. Based on what you need, this expert magician can customize his routine to feature guests and fit your timeline, all while making the entire audience feel like they are part of the show.

When he’s not using his hands to make magic, he’s using his voice to do the same. As an Emcee or Master of Ceremonies, Ranalli flawlessly and expertly keeps the energy of your event moving with comedy, magic, and high end entertainment. 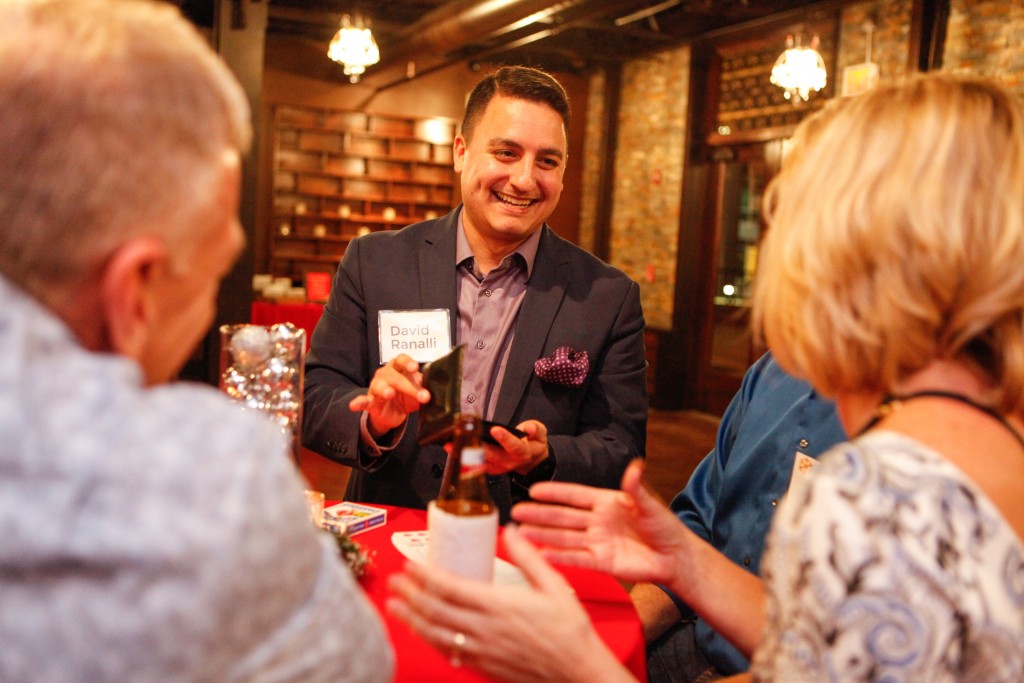 Looking to keep the fun moving, even after dinner? Ranalli’s Comedy Magic & Mind Reading show keeps attendees fully engaged as he chooses audience members to join him on stage. Even the shyest of participants enjoy the interaction as he leads them playfully and magically to a place of clarity and confidence.

Ranalli understands that finding a variety of unique corporate entertainment ideas is important when planning an event. Reach out today and find out how he can make your event the best its ever been.