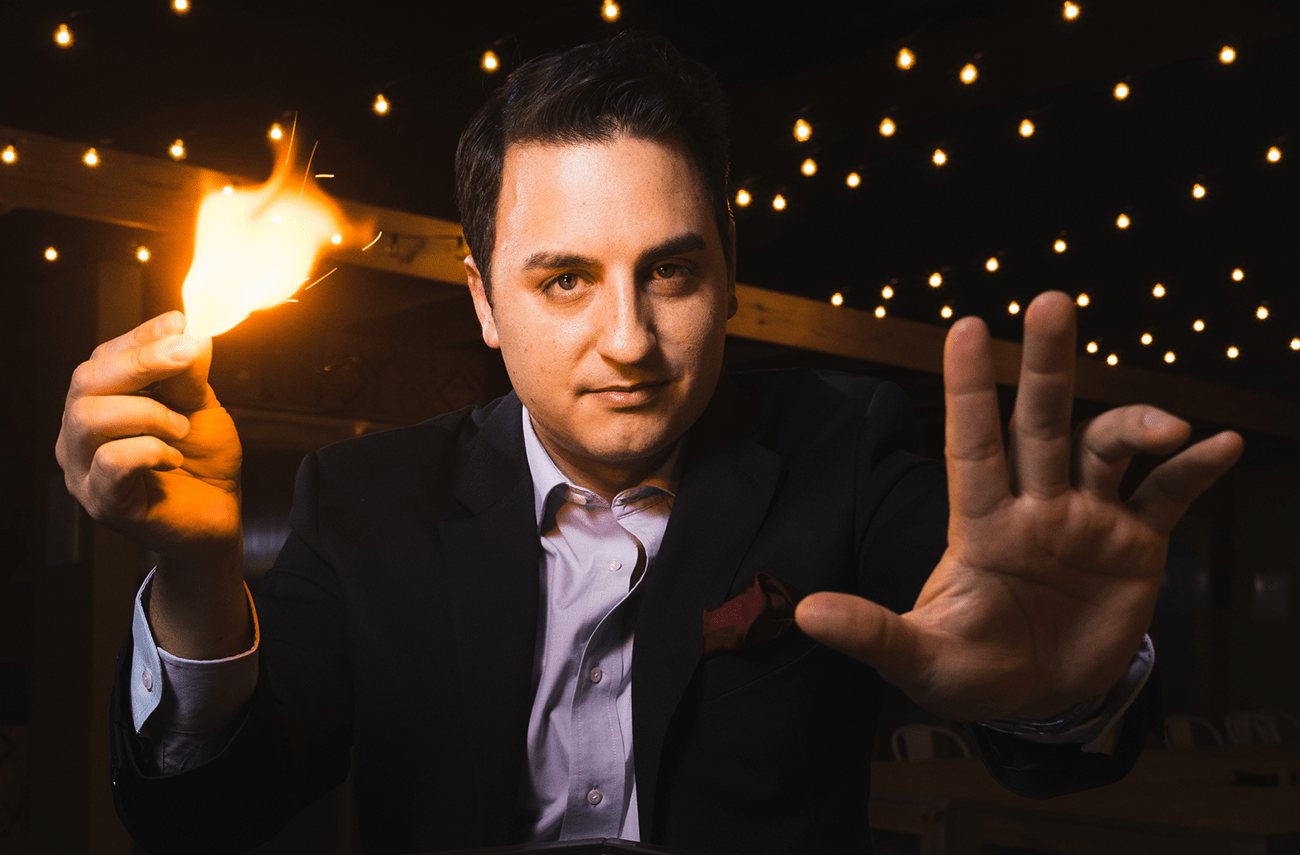 David Ranalli is a globe-trotting magician, mind-reader, and motivational speaker. His latest show, DECEPTION, is now playing to sold-out crowds and rave reviews. David most often performs at corporate events, luxury parties, on Zoom, and Youtube.

Some of David’s work has been featured on TEDx, Entrepreneur, and TV Commercials. He regularly performs for the world’s top CEOs, media personalities, and athletes.

David believes that magic has the power to inspire people and wake them up from a world designed to distract them. His jaw-dropping illusions will make you laugh, think, and feel a sense of wonder.

David designs his shows to be interactive and to immerse you in the experience. He uses a variety of secret techniques and gets inspiration from art, science, communication & hypnosis.

But don’t be fooled by David’s mysterious nature or his playful charm. Underneath it all, David simply enjoys chasing magic and sharing it with the world. 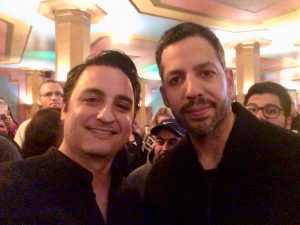 David Blaine expresses “excitement” as he and Ranalli snap a photo together.

David Ranalli was born and raised in Chicago. His life in magic started at 13 when he snuck backstage to meet the legendary illusionist David Copperfield.

After deciding he wanted a simpler approach, Ranalli drew inspiration from magicians like David Blaine and would practice his craft everywhere he could. After only 1 year, Ranalli found a regular gig performing in restaurants, doing as many shows as possible to perfect his craft.

His training advanced when he decided to study Speech Communication & Philosophy at Southern Illinois University. Free to explore, David learned everything he could about psychology, marketing, language, non-verbal expression, and the effects of electronic media on the brain. David helped conduct one of the first smart-phone addiction studies, and graduated at the top of his class.

David’s personal time is mostly spent with his family, splitting time between Chicago and Indianapolis. David unplugs from the world by growing a lot of his own food. His “food forest” garden is filled with a rare selection of fruits, nuts, mushrooms, and wild vegetables. He also has a flock of chickens and claims one of them is possessed by evil spirits.