On Aug 13, 2016, I was privileged to be part of the Angel Fund Gala Event at JW Marriott Indianapolis. This fundraiser was hosted by a past client, Indiana Donor Network, which is 1 of 58 organizations in the U.S. that specializes in the recovery and transportation of viable organs across the state. They hired me for their holiday party last year and so I was thrilled that they wanted to bring me in again for this event. 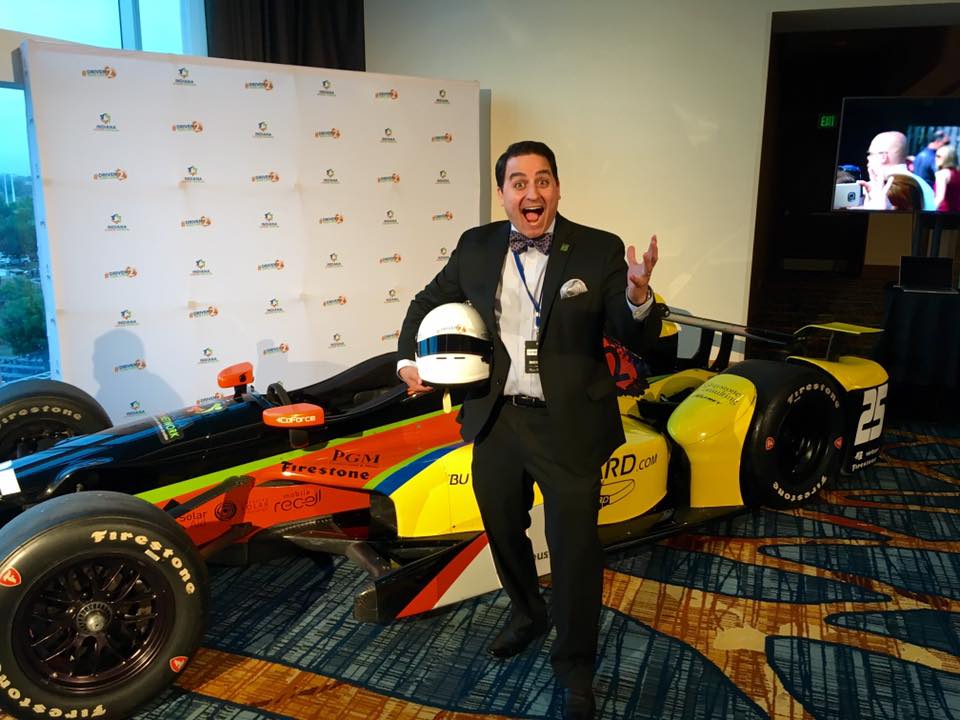 The Angel Fund Gala is going strong in its 4th year of existence. And through this fund, they raise money to support people with their transplant and medications. While some people are uneasy talking about this subject, or simply don’t like the idea of donation, I personally see this as a great cause to work towards helping others live a healthy life. I am and always will be an organ donor in the event something happens to me. Of course, there is tragedy that always comes with the result of a donation, but it was great to see families and people at this event focusing on the positive outcome that their loved ones were able to create in their passing. It was also great to see many transplant recipients sharing their story and working for the cause.

I was brought in to entertain guests during the cocktail hour in the VIP Suite. This is where a lot of the main donors, sponsors, and VIP guests were mingling. One of those VIP’s was actually Stefan Wilson, an Indy 500 race car driver. Stefan is the brother of the late Formula One IndyCar racer, Justin Wilson, who tragically died in a race car accident in August 2015. Being a registered organ donor, he saved 5 lives after he passed. To honor his late brother, Stefan helped Indiana Donor Network launch the #Driven2SaveLives campaign. The #Driven2SaveLives promotes organ donation and transplantation in the media, and live at the Indy 500 race. In addition to committing his time to the campaign and fundraiser, Stefan Wilson also helped raise funds by auctioning a special replica racing helmet, where all proceeds went to people in need of medications connected to Indiana Donor Network.

11 year old son named Noah Worthington. Noah had also died in a car accident. Weeks before he died, he wrote a touching story for a school homework assignment entitled The Hut.

At the time of Noah’s death, his parents came arrived at the difficult decision to donate some of his organs. Thanks to their decision to move forward, several people are alive thanks to those donations Noah was able to make. Eventually, his parents published The Hut as a book, and all proceeds from it are being donated towards the Angel Fund to help people with organ donation. The Hut is a way of having his memory to live on and to make a positive difference for people moving forward. The book is available for sale in Amazon.com.

After the main event program, there was an after party where I performed more magic and mind reading for more of the wonderful guests. I had a great time performing for them and I am looking forward to working with Indiana Donor Network again.

You can Support Angel Fund by donating through the link below: