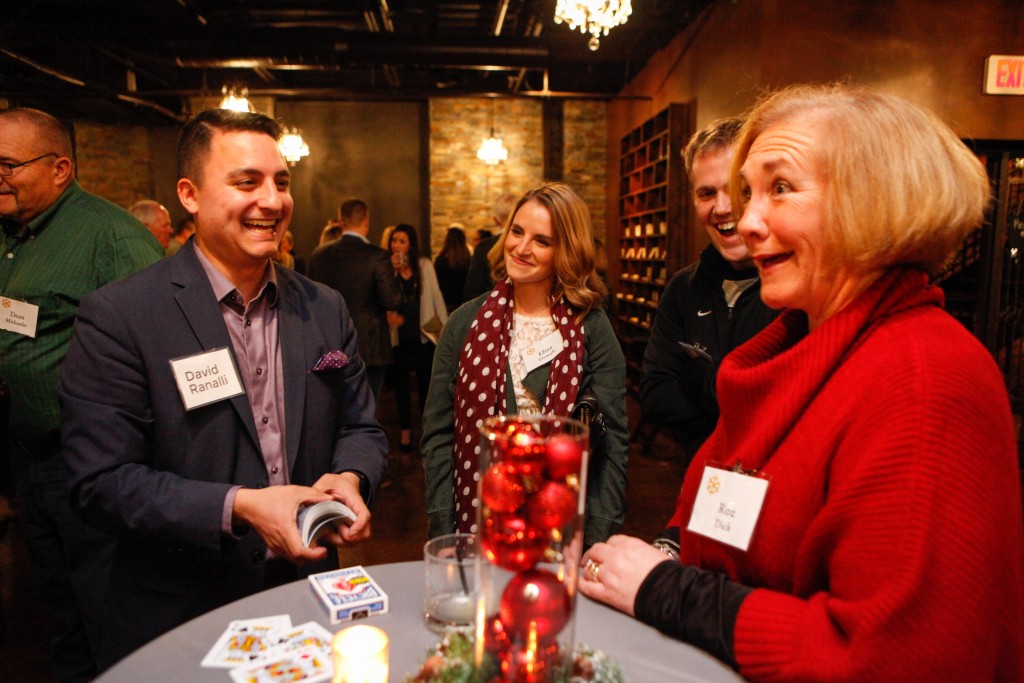 In This Session, Your Attendees Will Learn:

According to Forbes Magazine, 41% of people still find their job through live networking (the highest of any category). For business owners, this can be a crucial way to build new business. And yet, many people feel uncomfortable or awkward trying to meet new people in a social setting, or walk away without results

According to nationally touring magician, David Ranalli, many of the mistakes people make when networking are simply due to an incongruent mindset, behavior, and desired outcome.

In this segment, David will provide tips your audience can walk away with to get the most from their business and personal networking.

Ranalli has honed his networking skills by through thousands of close-up and stage performances for top level executives, celebrities, and famous athletes.

Here are his M.A.G.I.C Formula to Better Networking